About the KAGRA Project

The KAGRA Large-scale Cryogenic Gravitational Wave Telescope is a project aiming to detect “gravitational waves,” a propagating phenomenon ringing throughout the universe. When Albert Einstein developed the general theory of relativity, he left us next generation scientists with one last piece of homework, which was to realize the detection of the gravitational waves. By detecting gravitational waves, we seek to gain insight into the intrinsic nature of space-time, which contains everything existing in the universe. Furthermore, we aim to observe the moment of birth of a black hole, and eventually contribute to the field of gravitational wave astronomy.

In 2010, we started the construction of KAGRA, Japan’s gravitational wave telescope, at the Kamioka mine in Kamioka-town, Hida-city, Gifu prefecture. At depths of 200m below the surface of the mountain, we have newly excavated a L-shaped tunnel with arms 3km in length and have placed telescope instruments in the cavern. The KAGRA project is conducted by an international collaboration with more than 250 researchers from around the world. 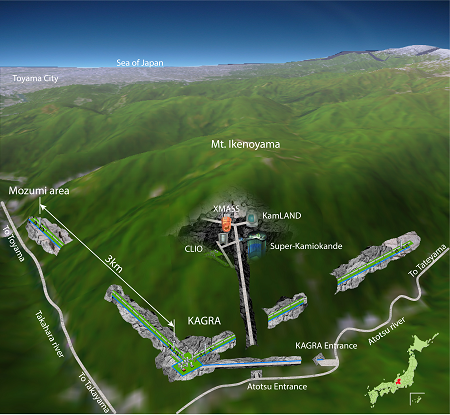 Click here for the latest news from the KAGRA project

Messages from the KAGRA project leader 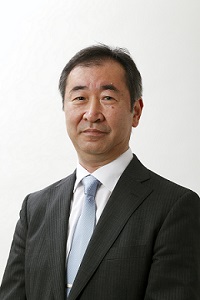 The Institute for Cosmic Ray Research of the University of Tokyo promotes the KAGRA Project with the High Energy Accelerator Research Organization and the National Astronomical Observatory of Japan of the National Institutes of Natural Sciences as its main collaborating organizations and with the cooperation of many universities and research institutes in Japan and abroad. Approximately 45 years have passed since the challenge to detect gravitational waves had been drawn up as a concept in the 1970s. This project is filled with 45 years of research effort, where generations of scientists have strived with a desire to pioneer the horizon of human knowledge and to contribute to the progress of 21st century’s physics and astronomy, and opening the field of gravitational wave astronomy by answering the one final piece of homework from Einstein. It was under these circumstances when LIGO’s two gravitational wave telescopes in the United States made the historical announcement that they had observed signals of gravitational waves, considered to be emitted by the merging of two black holes on September 14, 2015. As members of the KAGRA project, we were also delighted and impressed with this first observation, just as though it were our own achievement. 400 years ago, mankind was fascinated when Galileo made the first optical telescope and observed planets, stars, and the universe. Today, we are experiencing the same excitement through our encounter with the historical moment brought to us by this new “window” of gravitational waves.

The field of gravitational wave astronomy is an emerging discipline. In order to detect gravitational waves more clearly and frequently in the future, we need to improve the performance of our telescopes, compose and coordinate the global network of detectors, and maintain their stable operation. To achieve high performance, cutting-edge, or pioneering advanced technology is required in almost every part of the telescope. So, the performance of the device must be continuously improved by innovative technologies, and recruitment of internationally talented researchers and international exchange of researchers are necessary to accelerate it.  In addition, gravitational wave telescopes on a scale similar to KAGRA have been developed in the United States and Europe, and these telescopes are also planned to receive or are currently receiving upgrades.  In the future, KAGRA is expected to play an important role in the international gravitational wave observation network with these telescopes. KAGRA is being constructed with the understanding and financial support of the Japanese government, but your support is also indispensable for KAGRA to develop gravitational wave astronomy while securing international competitiveness and attracting global attention. The official name of this project was nicknamed KAGRA after receiving input from the public who were interested in the gravitational wave detection project. I hope that, together, we can take the next step forward in witnessing a whole new universe observed through gravitational waves.

Takaaki Kajita, Director of the Institute for Cosmic Ray Research

Scenes from the KAGRA construction site Entrance of the KAGRA underground site. An air blower for sending fresh air into the mine and a meeting room are in the right-hand building. 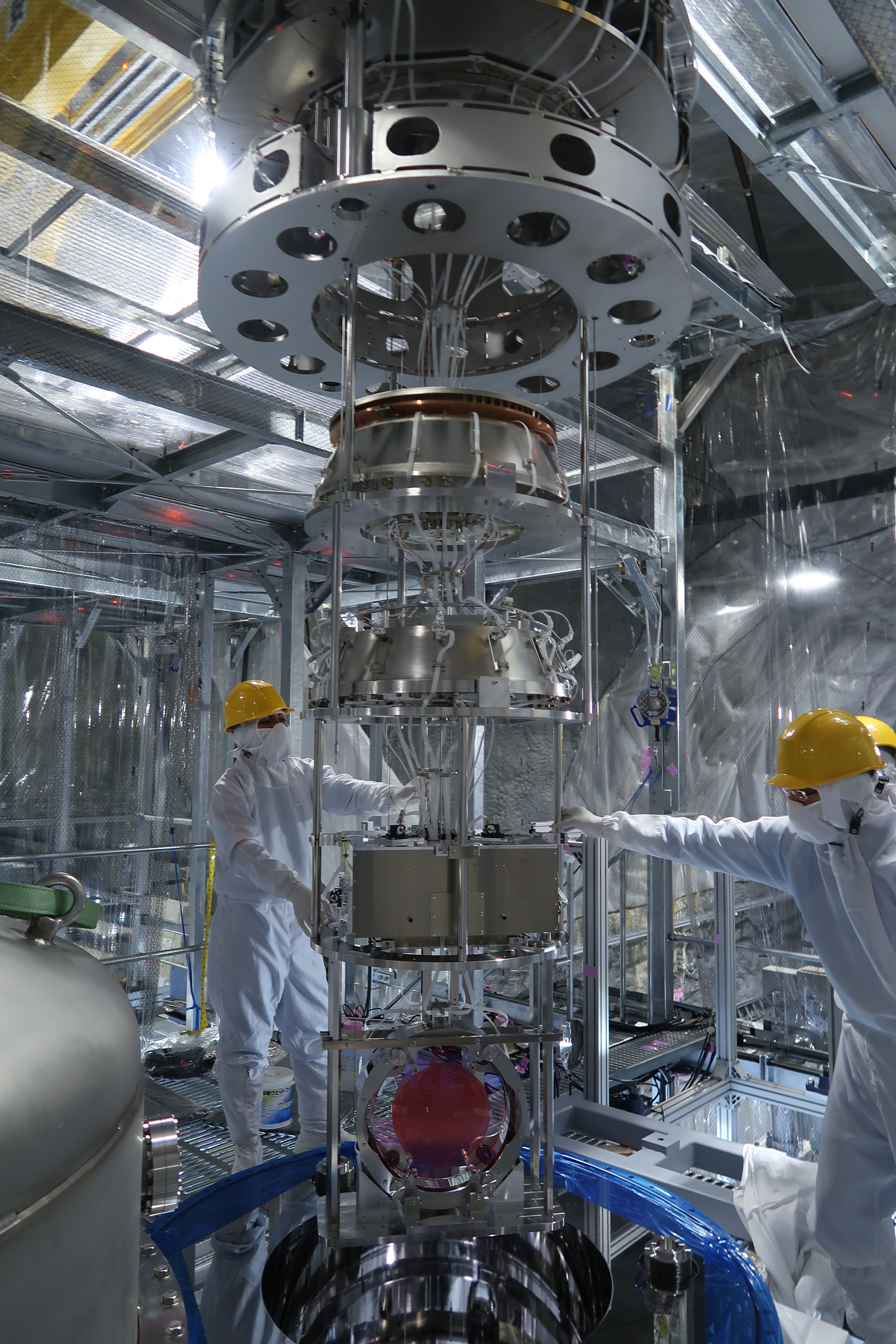 Installation of a beam splitter and its vibration isolation system into the vacuum chamber. 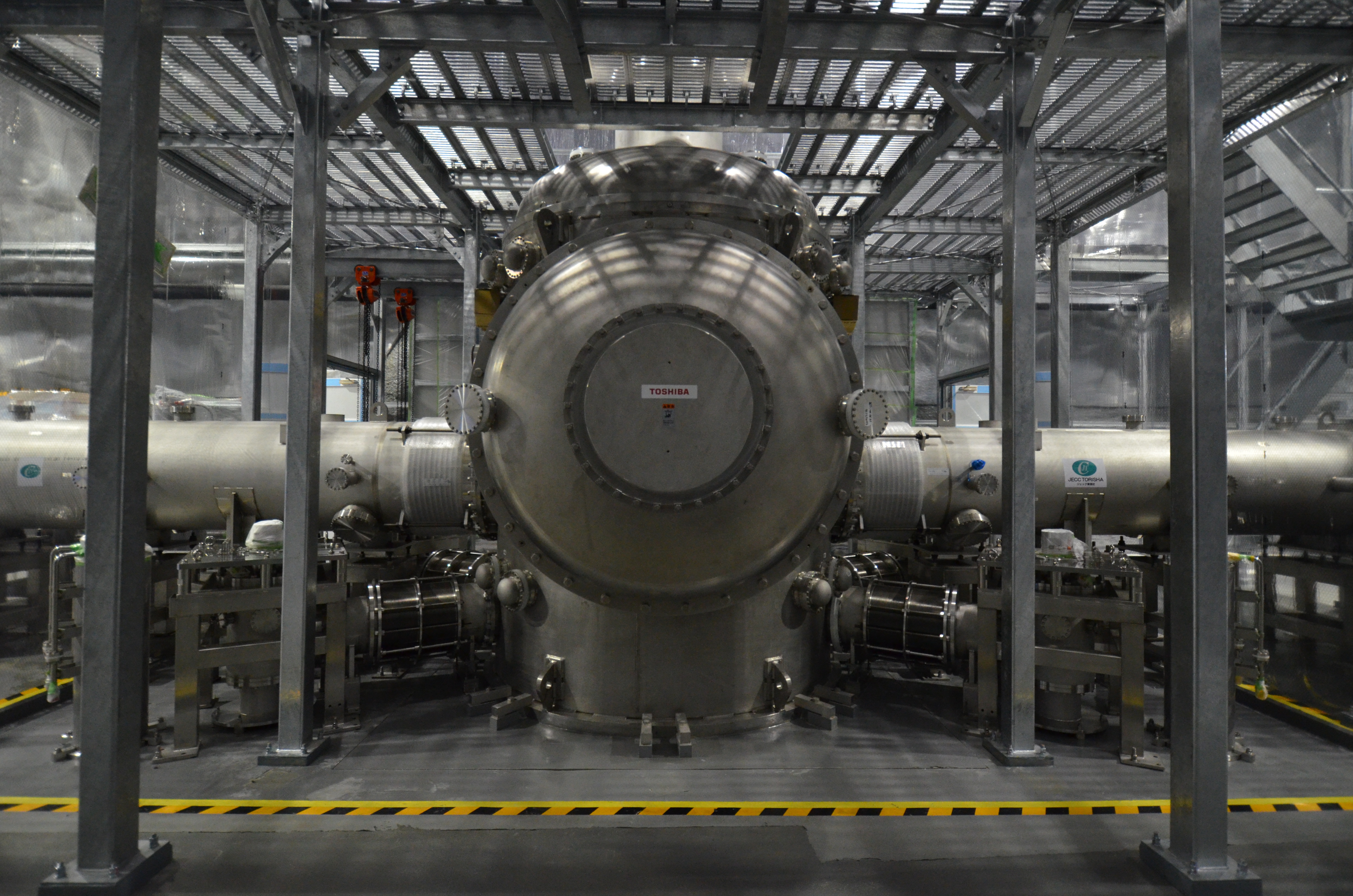 A cryostat to cool down the sapphire mirror, one of the most important components of KAGRA, to minus 253 degree Celsius. It is enclosed in an ISO class 1 clean booth. 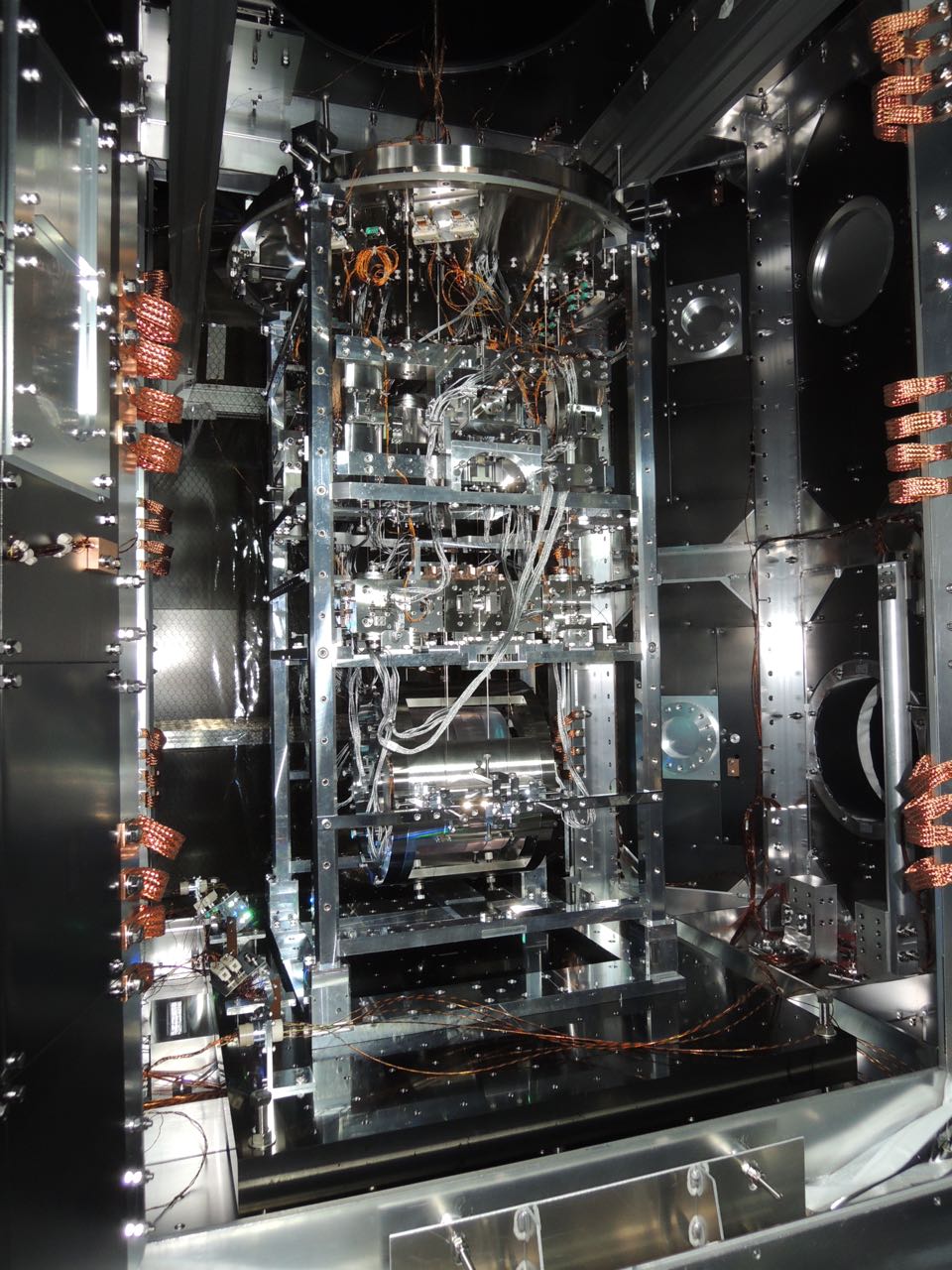 A vibration isolation system of the sapphire mirror installed at the end of the 3km-long arm. 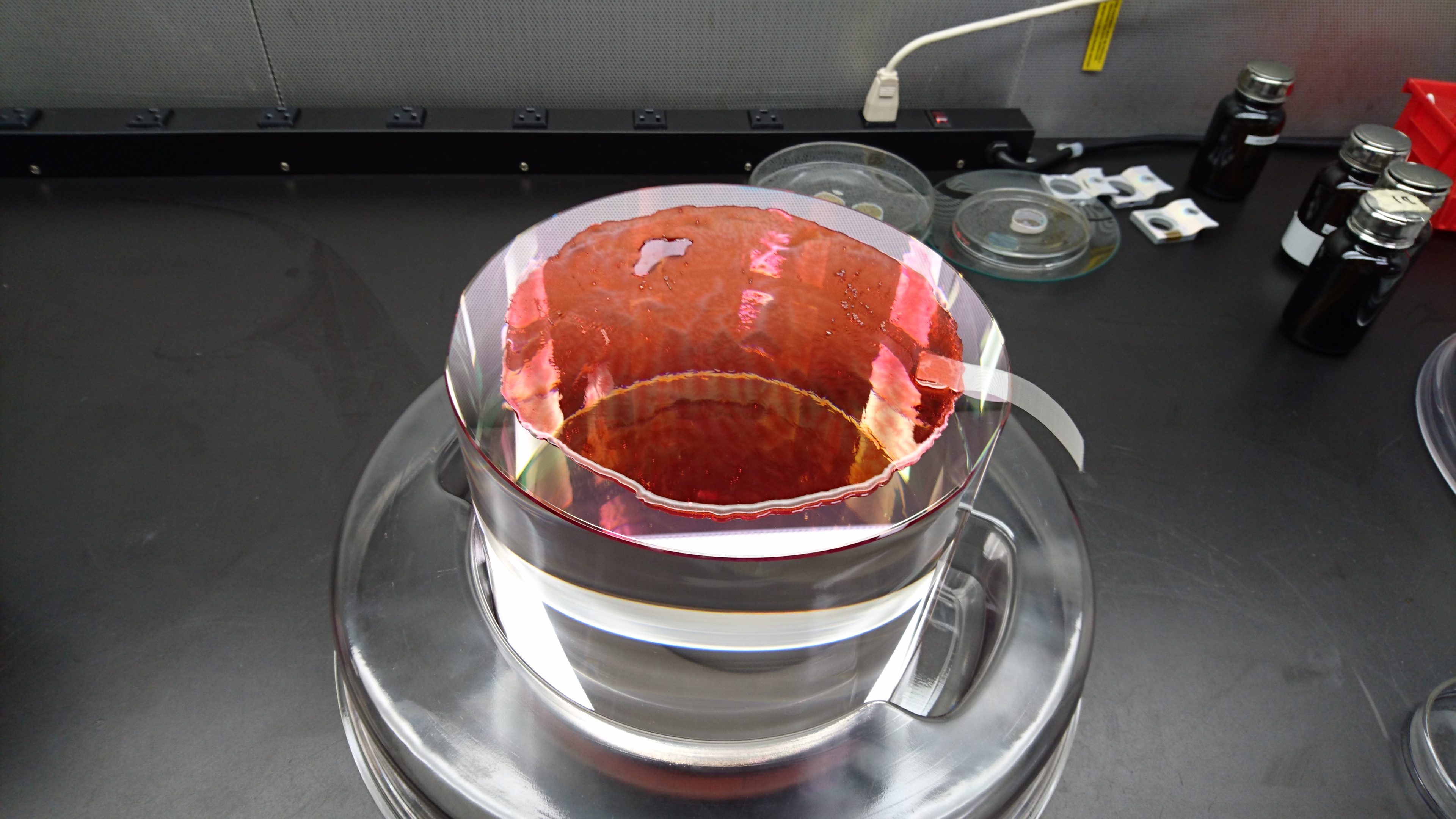 A sapphire mirror to be installed at the end of each arm. A protective layer is coated to protect the mirror surface from dust. 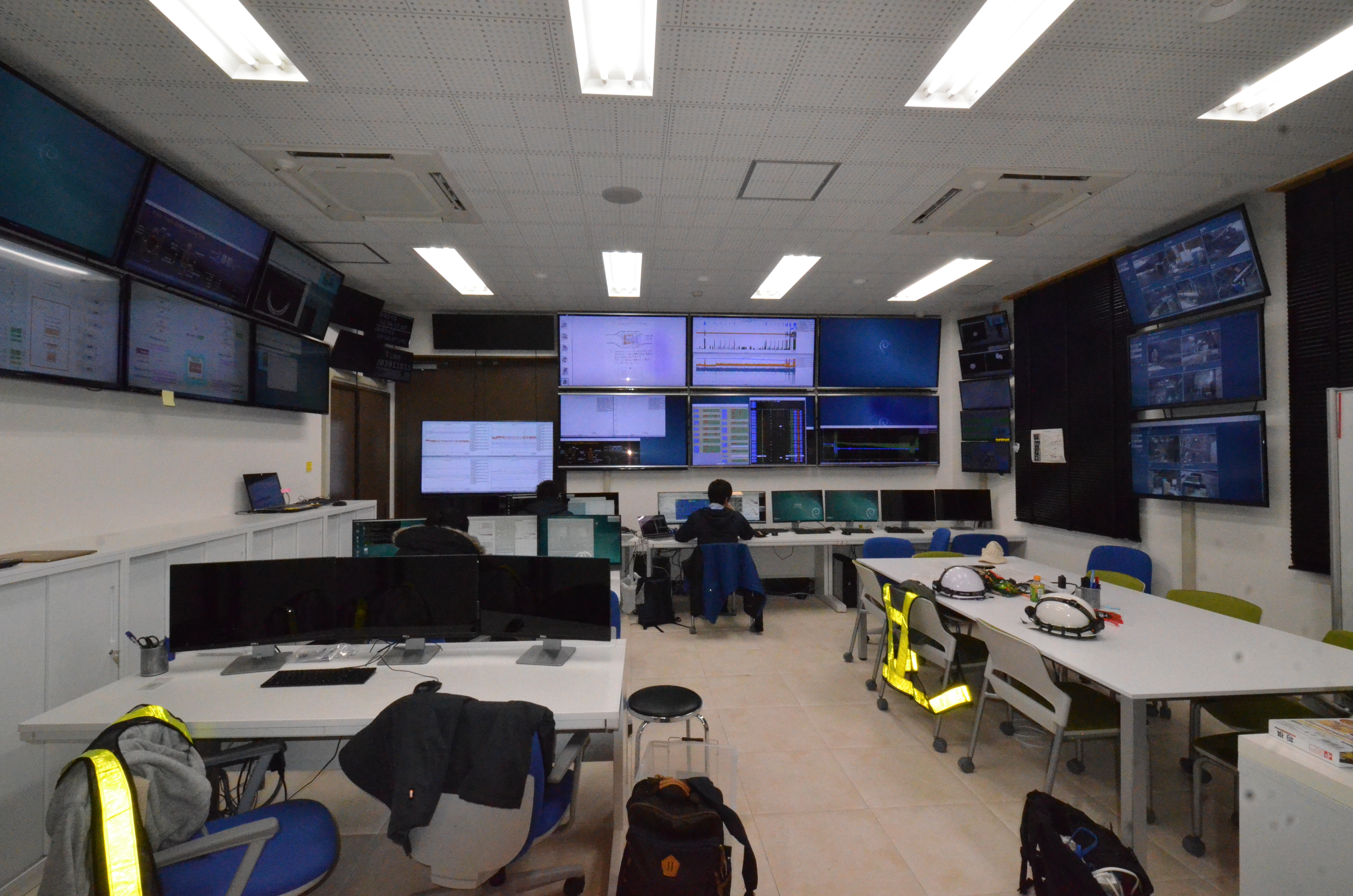 The control room to monitor all data from the KAGRA gravitational wave telescope. 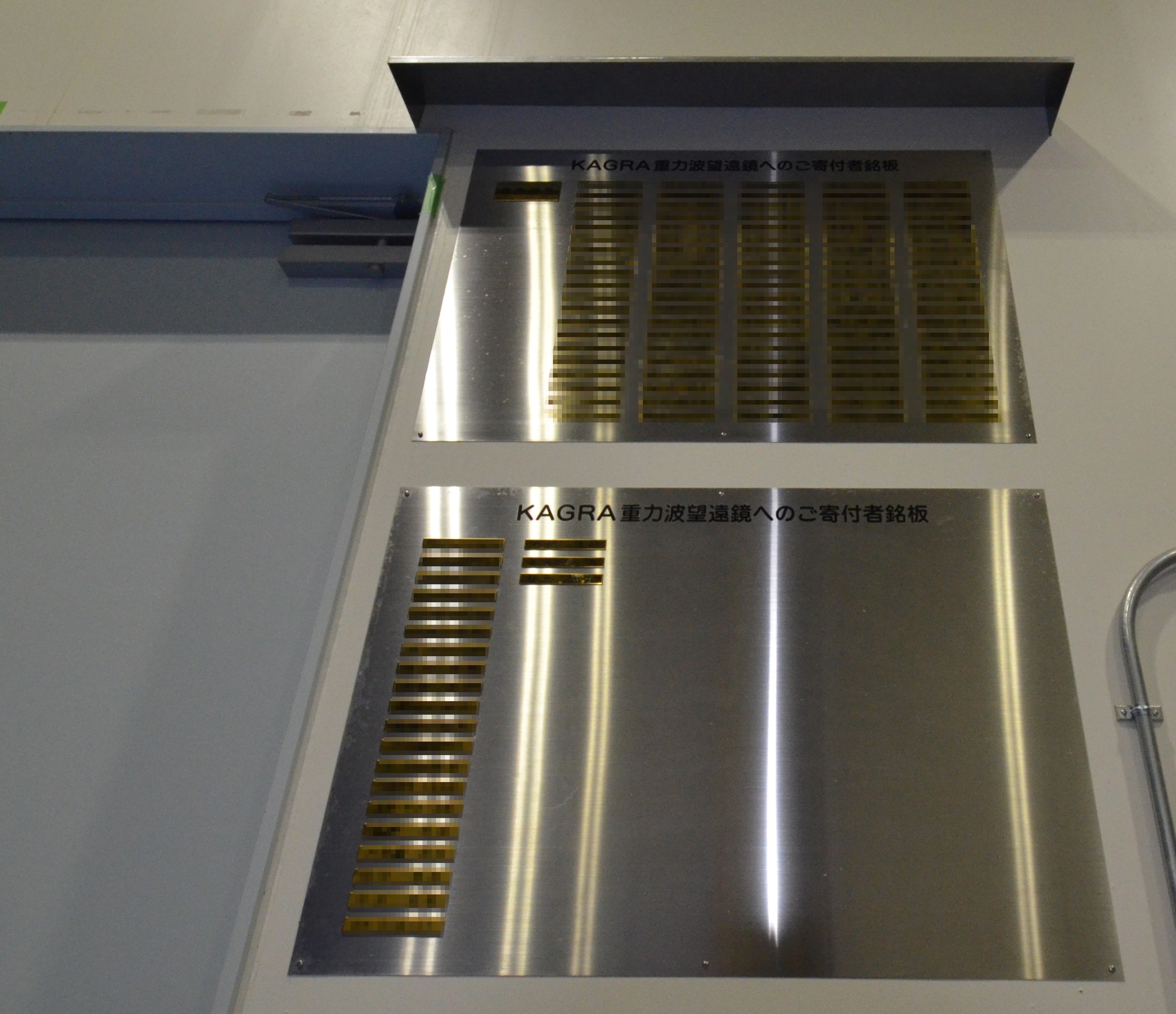 To express our gratitude, your donation of over 100,000 yen will be recognized with a permanent personalized nameplate on a plaque near the laboratory entrance of the KAGRA gravitational wave telescope.